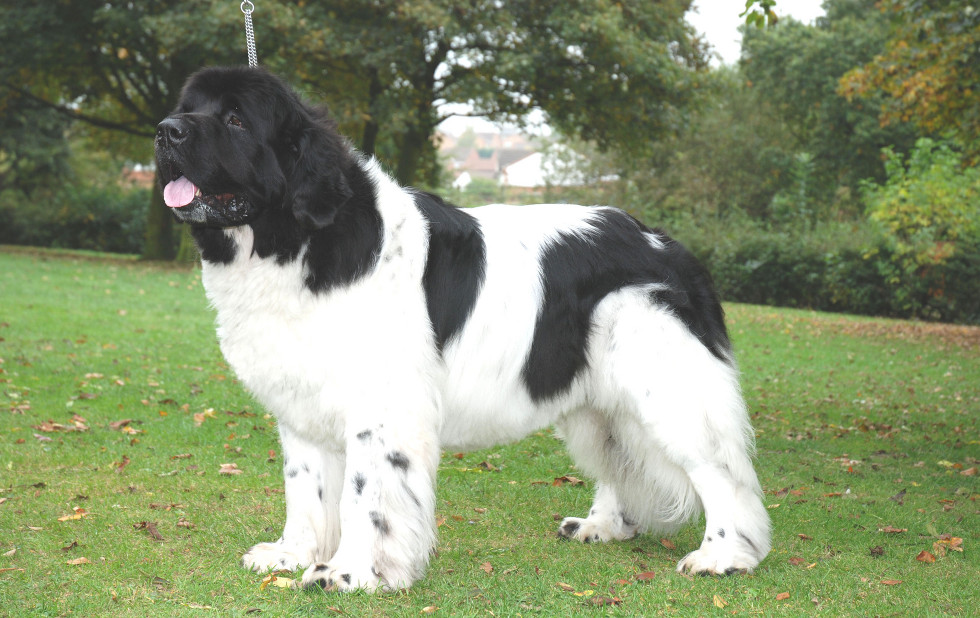 What can we say about this adorable girl - she came to live with us when she was 4 years old and is litter sister to Yogi (Wanitopa Suzuki). We soon found out that she did not really like the water, only paddling in the sea, but at a push she would swim out to you and tow you back in (if you were lucky). The best bit for Ruz was the drying with the blaster afterwards! We knew that she moved beautifully as we had seen in her in the show ring and decided that we must show her so we started campaigning her in the Show Ring. She began to get placed in Limit as she grew a beautiful new coat and to our amazement at Midland Counties in 2006 she got her first CC and then BOB under Miss Jean Lanning. In April 2007 she went on to get her second ticket under Adriana Griffa (overseas breed specialist) at the Northern Newfoundland Club Championship Show (see pic below). We were thrilled. Then Jenny Davie (Breed specialist) gave her a RCC at Border Union in June 2007 and then she won BEST IN SHOW at the Northern Newfoundland Club Open show under Loraine Ratter. As you can imagine we  were floating on air that year! Our mantlepiece was full of trophies, rosettes and awards. 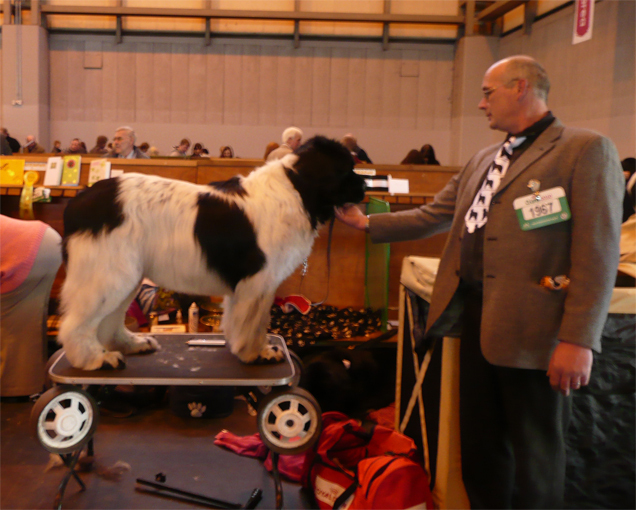 She was placed most times in Open at the beginning of 2008, was placed 2nd at Crufts under breed specialist Hedd Richards which was fantastic but we had to wait until April 2008  at WELKS Championship Show under Breed specialist Del Richards for that elusive third CC and her title of CHAMPION (thanks to Loraine and Jan for her special bibs). What a day to remember, the good wishes from all our friends at the show and all the cards and emails we received were amazing.

AND SHE HAS WON OR BEEN PLACED IN ALL BUT 1 VETERAN CLASS AT CHAMPIONSHIP SHOWS INCLUDING CRUFTS 2010 - THANKS TO ANNE SPRINGTHORPE FOR MAKING RUZZY'S 2010 CRUFTS AN EXTRA SPECIAL ONE.

Pictured below at 8 years of age on grooming table with Dad just before going into Veteran Bitch Class at Crufts 2010. You still look amazing our very special girl.

AND NOW YOU HAVE GONE. 28th AUGUST 2012. REST IN PEACE OUR BEAUTIFUL RUZZY, WE WILL ALWAYS LOVE YOU AND NOT A DAY GOES BY THAT WE DO NOT MISS YOU.